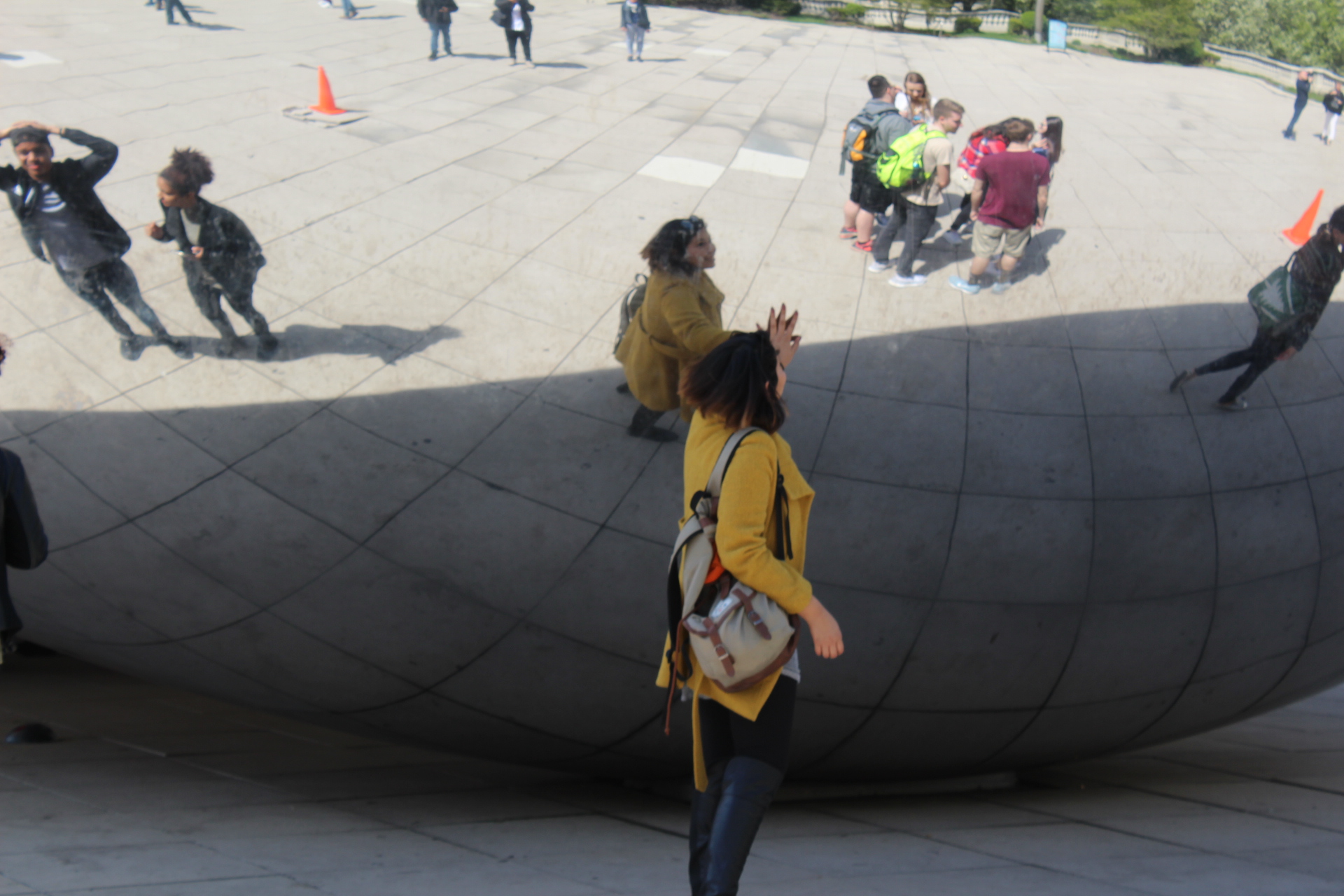 18 Jul Learning from Inside a Pretend Jail

“You are about to enter a space that is unjust.” A stern-faced man wearing an officer badge is standing outside the door with the sign. He says that we’re not allowed inside until exactly 2pm. As soon as the clock chimes for 2pm there’s a knock from inside the room and the two doors swing open. The man starts to yell at all of us to get in a straight line and walk on the left side of the room. Many of us are puzzled and follow directions. Not one sound is made inside the room. Everyone is confused. The walls are blank.

There’s a girl in front of me who wants to Snapchat the spectacle when the officer screams at her that there are no cellphones allowed here. She laughs and doesn’t take him seriously. The officer heads to her and says, “I said no phones in jail.” She puts her phone away. We get to the end of the line where they are going to take our mug shots. Some guy snickers and another officer calls his attention to shut up. I look straight at the camera. There’s no smile. He tells me to turn on my side and I continue to hear the officer scream at other people. I get told to take my seat. I continue to wait for everyone in line to take a mug shot. The girl who was giving problems earlier gets taken to the back and is in isolation. I just hear the officer screaming at her. As she comes back from isolation, she’s doing spoken word with the officer.

This skit and the #FreeTheYouth presentation that followed were the highlight of my weekend at Open Engagement. Although the skit definitely left me thinking about the incarceration of youth, what impacted me the most was that this was coming with so much passion from students. Either the students were caught in the cycle of incarceration or their family had been. They wanted to put an end to it. They had had enough and wanted to something about it. Through art they were allowed to do so.

Throughout Open Engagement I was called to the presentations that included some type of involvement by youth. For a long time, I took for granted the fact that I enjoyed working with high school students. At Open Engagement, it was apparent that not a lot of people know how to, nor want to work with, high school students. With #FreeTheYouth and similar panels I enjoyed seeing that adolescents were finding the power to do more than they thought they could. Often times, teens are overlooked in the decision-making process; their opinions are often overlooked. #FreeTheYouth spoke about a program that integrated policy with the incarcerated youth. Through the program, incarcerated youth were given the power and creative ways to solve their issues.

There is still much work to be done. I saw that others were still figuring out how to combine art, policy, and youth. It’s not like we have it figured out either. But, at least for me, it gave me some comfort to know that there are others who are trying to do so. Open Engagement reemphasized my love for working with youth.

#FreeTheYouth: Art as an Incarceration Alternative was led by Aaron Counts, Nikkita Oliver and Creative Justice at Open Engagement 2017.