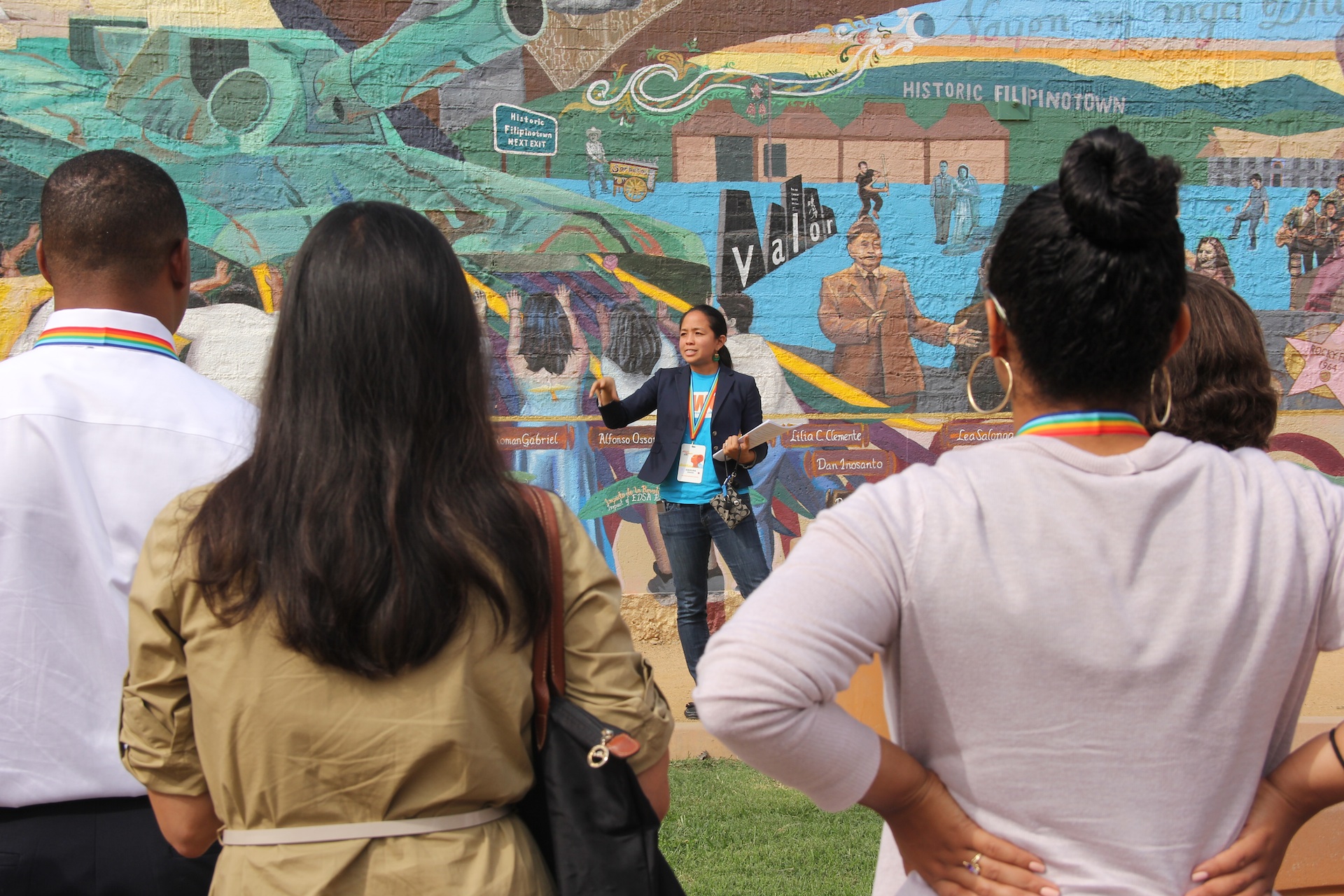 Equity Summit hosted by PolicyLink took place Wednesday Oct.28 and Thursday Oct.29 in downtown Los Angeles. The Westin Bonaventure was flooded with hundreds of representatives of progressive organizations and agencies from across the country. The conference began with the opening plenary hosted by Angela Blackwell who read PolicyLink’s Equity Manifesto to ignite the audience. The conference itself was composed of various panels, caucuses and forums that addressed structural inequity, the myriad of ways in which it manifests itself locally, statewide and nationally as well as the programs being implemented to combat these injustices.

As a young adult Latina from Los Angeles, I experience a brunt of systematic injustices. But, as a daughter of Salvadoran immigrants who work in community activism, utilizing art (specifically music and performance) to denounce systemic violence against the brown and the poor, I understand the power of art-making both in artistic process and in presentation of work. As a graduate of Sarah Lawrence College, I have investigated through both academic and creative lenses structural inequity, its impact on my life and how it has played a role in shaping my identity. I know how to recognize the manifestation of structural inequity in my daily life and denounce it through my art and through my work.  As an Urban Futures Lab Fellow, I work in implementing community-oriented programs that place emphasis on community development by cultivating future leaders and fostering creative wealth. I am employed in work that is multi-faceted, engaging and social justice oriented. I came in to the conference with an open mind and critical lens and excited by the opportunity to participate (my first conference). Yet, I can honestly state that I was a bit intimidated by the years of experience that others had over me. I came in with the mentality of an observer and student—I was there to learn.

The summit ended by calling the attendees to collective action and acknowledging that collective action is required to achieve equity. It was marked that this must be an inclusive movement—a movement of movements, that is multicultural and intergenerational. Without a wholly united front, equity is unachievable. Within this front, there is a role for all individuals, their strengths and levels of commitment but it calls for urgency. The urgency to educate and activate those ignorant to their circumstances or comfortable in their passivity and to ignite them to continue the community-based work necessary to achieve societal change and structural equity!