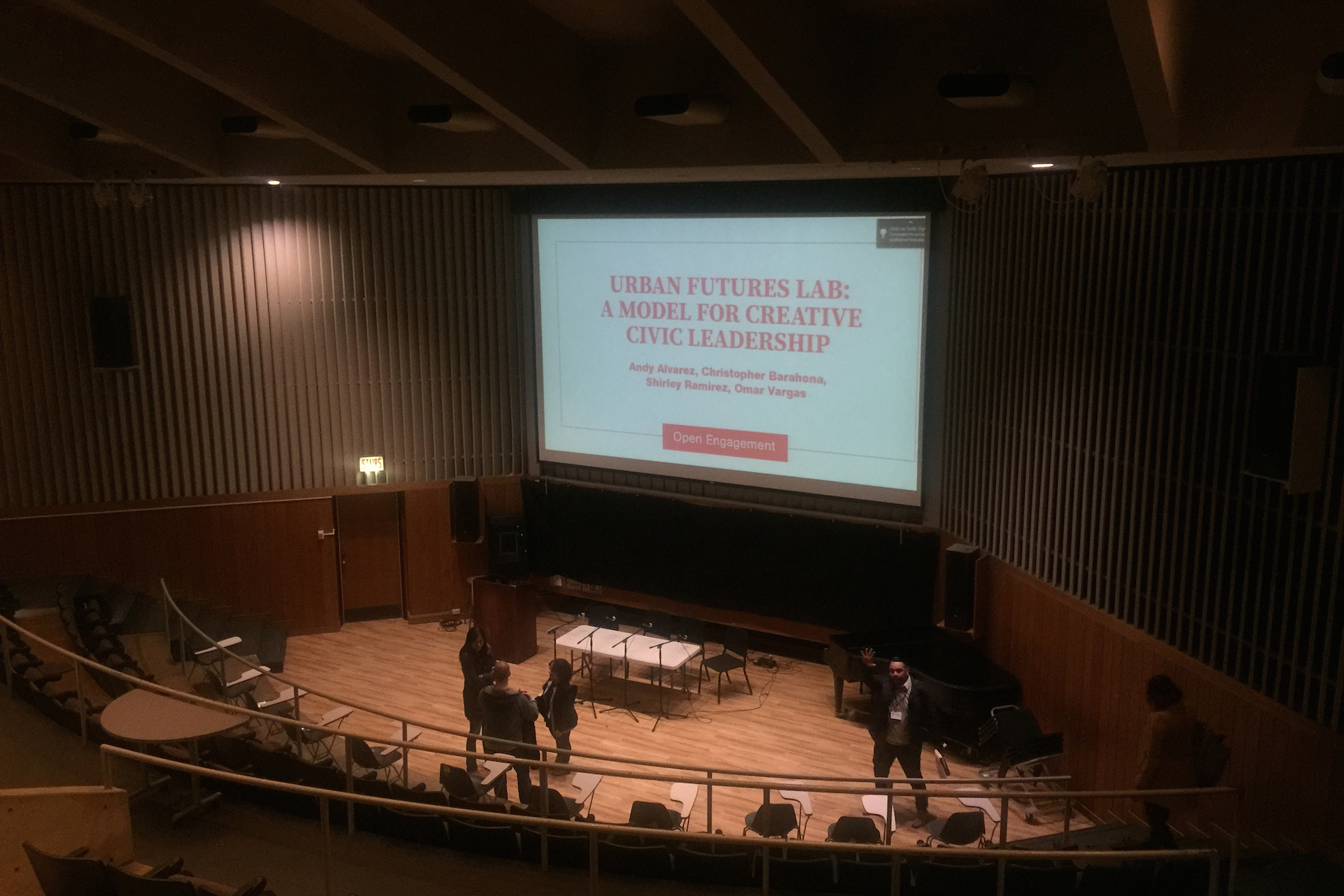 This April, the Urban Futures Lab Fellows had the opportunity to present on our fellowship at Open Engagement, a conference in Chicago. Open Engagement is an annual artist-led conference dedicated to expanding the dialogue around socially engaged art, and this year’s event centered upon the theme of justice. While the conference focused on the arts, three out of four in our cohort do not identify as artists, and for most it was our first time traveling to the Midwest. I was excited to come to the conference to showcase the work that the Urban Futures Lab is doing and to introduce the fellowship to new people. 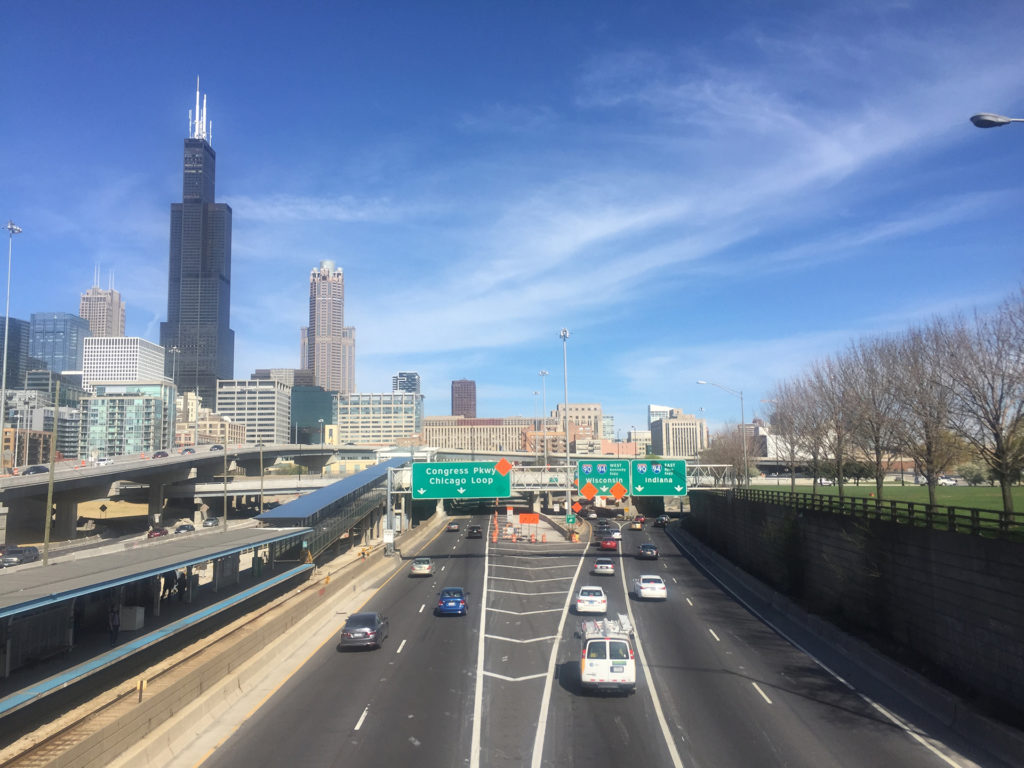 As the weekend commenced, I realized that my expectations were not the same as when I left Los Angeles. Rather than coming to a conference to present, I was reminded of how important it is to participate in conversations where the traditionally disenfranchised, such as people of color, are not often heard. My expectations shifted from promoting to advocating, as a presenter and attendee.

Our presentation was an opportunity for us to show our work and explain what we have learned throughout the fellowship. The weeks leading up to the presentation were nerve-wracking. We spent hours creating talking points, working on our cues, and finding ways to creatively express ourselves for a full hour. We divided our presentation into four themes where each of us had to discuss a theme and how it related to the fellowship. My theme was misemployment, a term used to describe people who are placed into jobs that misalign with the education and training that they’ve acquired. My mission was to figure out how to connect this concept with what the Urban Futures Lab is doing to combat the problem.

When it was my turn to speak, my body felt cold and my lips were on auto-pilot. My points spun together much better than I had imagined, despite hitting a few stopping points. With only five minutes to talk, I hadn’t anticipated this being a difficult presentation, but, instead, I found myself feeling uncomfortable about having to explain such an abstract concept and giving a more theoretical presentation than my peers. While my fellow Fellows were describing the projects that they were working on, I had to focus my energy on misemployment and the potential projects Public Matters might introduce to address this. It felt out of place, and if we were to re-present the talk I would look to find a way of talking about misemployment with more graspable examples. Yet, as nervous as we were when we spoke in front of dozens of people, we persevered and put our best foot forward, throwing ourselves into a vulnerable position that involved answering questions as a panel in front a group of people we’d never met. The experience was surreal because it ended so quickly.

My initial impression of being at a national conference that focused on justice through socially engaged art was not as intimidating as I thought it would be. I’ve gotten used to being in conferences where I am one of only a handful of people of color. Open Engagement was one of the more diverse conferences that I have been to. Listening to a variety of panelists and guests from different backgrounds and nationalities was invigorating and refreshing due to the perspectives that they gave – perspectives that I could relate to.

For example, I attended a session called The Space in Be-Tween: Teens, Institutions, and Social Practice that featured high school girls as the main panelists. I was impressed by their presentation skills, as well as the way in which they explored the concept of violence through art. The panelists came from different backgrounds and interpreted violence differently, which made for an interesting conversation with the audience. I enjoyed the session’s transition from one point to the next, and I even picked up new ways to present, engage with the audience, and discuss difficult topics, such as violence through art. Throughout Open Engagement I soaked up the environments that I was in, whether when in art galleries or at makeshift coffee tables, going into each panel with an open mind and ready to learn about the amazing projects that are happening across the nation. 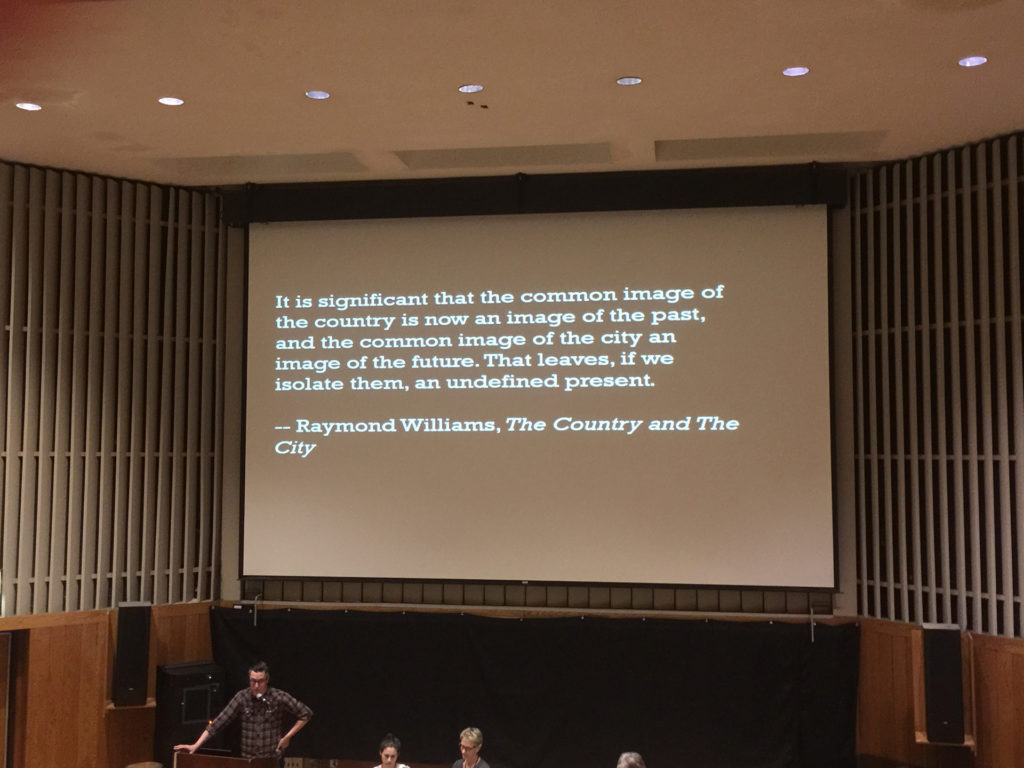 However, I felt that my openness was compromised during a panel discussion that I attended on Sunday afternoon. This panel was called The Rural Model: Community Engagement with an Under-Represented Population, which focused on art projects in rural areas in the United States, and the challenges that rural artists face in securing funding for their projects. At the end of the panel discussion there was a Q&A section. I was the last person to ask a question. The focus of my question was to state what I witnessed throughout the panel, returning to a theme of bridging communication between two groups of people: rural and urban folk. I was curious about how, if the opportunity arose, the panelists would facilitate such a conversation given that many people of color in urban areas have historically been oppressed in rural areas, including in today’s political climate. I got a lukewarm response. After noticing their body language I knew immediately that I was not going to be given a thorough answer. I felt disappointed. I wanted to gather my things and leave.

Before I grabbed my backpack, the woman in front of me stopped me and we talked about what had happened. The simple talk turned into a greater conversation about facilitating cooperation between different groups of people. Once our conversation came to an end, other people started to come to where we were sitting and gave their thoughts on the panel. We shared what we were doing within our organizations and shared stories about what we have done in socially engaged activities, upcoming projects we were working on, and podcast recommendations. Unexpectedly, I was being thanked for asking my question; people thought it was important, considering that there were less than a handful of people of color in that particular crowd.

Having people approach me as a result of my question was a weird experience. Before now, not many people have come up to me to express their thoughts and ultimately connect with me. I felt thankful to be in a position where I could express myself openly and be understood, although I did feel odd being the center of attention. I felt that my ability to put myself in a vulnerable position not only made the panelists think about their ideas, but reaffirmed the reasons why we went to Open Engagement in the first place; to put ourselves “out there” and show the conference what we are doing, sharing our experiences of “adulting” in our 20s.

Open Engagement reminded me that there are allies that emphasize with the thoughts and experiences of people of color and the disenfranchised. The support that I received was incredible. In some ways, much of what happened to me there reflected my time studying in Ohio. During my time as an undergraduate at Denison University, I had to express my thoughts on a daily basis, whether in a lecture or conversing with different people. Simple actions, like saying what you’re thinking and expressing your opinions were essential in my learning, reaffirming that I am my own person with ideas that are valid. Both the fellowship and Open Engagement have been important for helping me to remember that.

Reflecting on the conference as a whole, I came to four observations that are still ingrained in my mind:

I am appreciative of the people that I had a chance to talk to at Open Engagement, and I’ve kept in contact with the people that I met, further continuing the conversations from the Sunday session. From the conversations that I had with folks, the exploration of the city and the copious amounts of walking, I feel sure that both the conference and Chicago will have a lasting impact upon my professional growth.