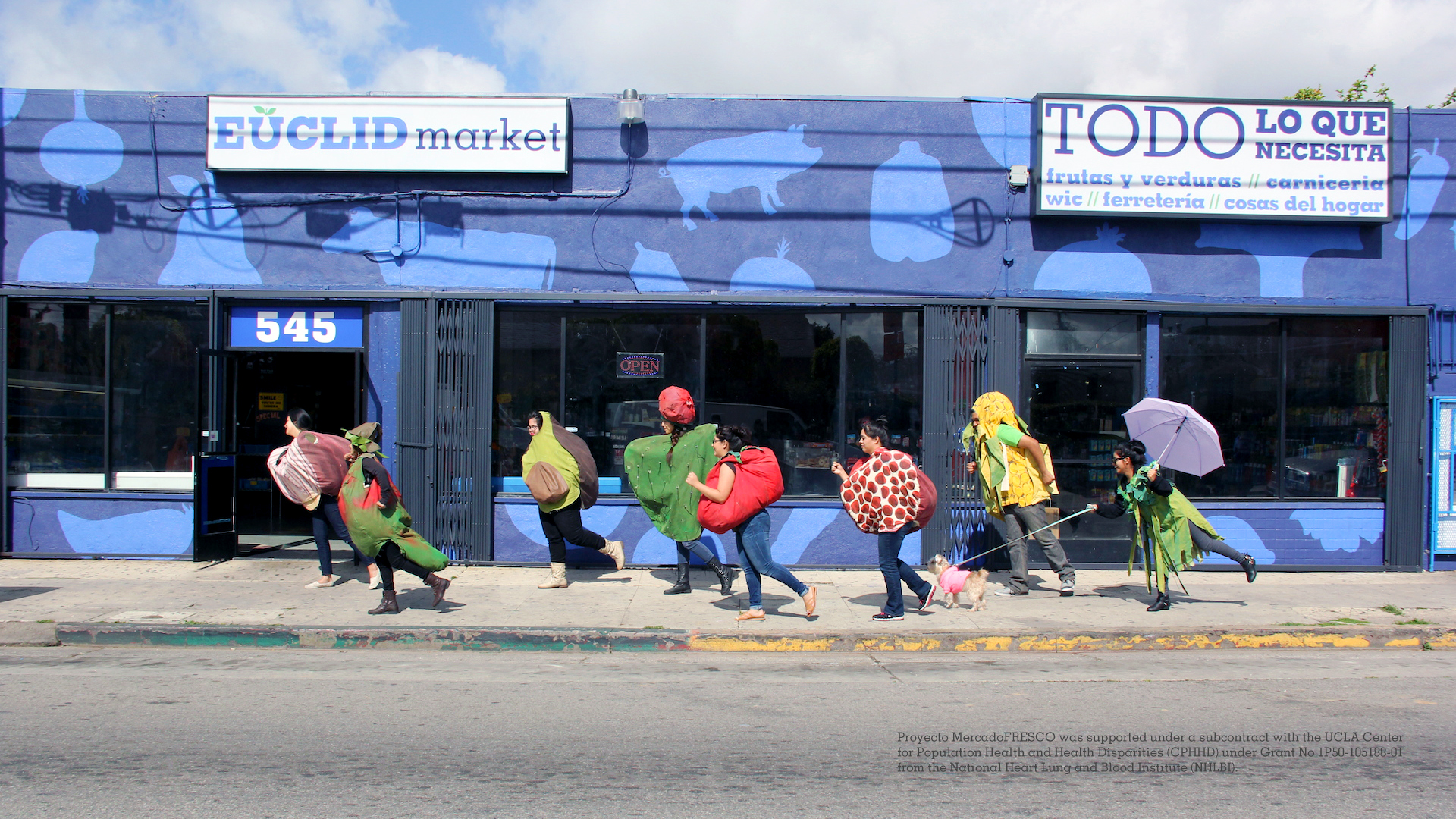 Each month, Fellows dig into readings, exercises, conversations, and reflections on a theme. October’s theme = The role of arts in shaping communities

October’s Urban Futures Lab theme of socially engaged art gave me some mind blowing moments when exploring different artists making an impact upon communities. Typically when I think about art in my neighborhood, I’ve grown accustomed to just thinking about the murals that surround the walls of clinics and meat markets. And, although I’ve had the privilege to experience socially engaged art through the work that I did with Proyecto MercadoFRESCO, I hadn’t known that this was the term for what I was doing. At the time, I thought it was strange to paint stores bright colors, and even stranger to dress up as a giant cilantro to get people to learn about healthy eating. Now, through the month’s conversations, I’ve been able to figure out art’s potential to mold a community. And I’m inspired by the idea that artists are often underutilized when it comes to community change. 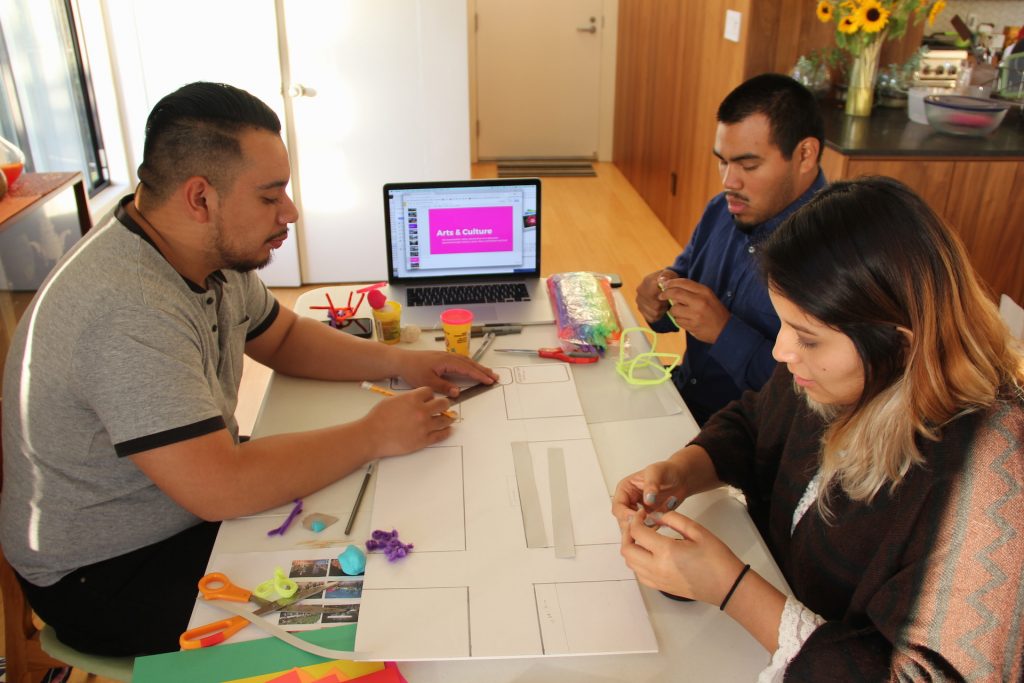 One of the case studies that resonated with me the most was Willlowbrook is…/es… and that was because of artist Rosten Woo’s method of engagement. The Willowbrook community had experienced many unsuccessful asset mapping projects from previous planners. Instead of making another one as instructed, Woo worked to creatively meet the needs and wants of the residents. From this he produced a set of photos with a narrative, drawing attention to the things that locals felt proud of in Willowbrook. I admire Woo’s way of adding his creative identity to the project while still honoring the neighborhood.

As I see the change that is slowly coming to East Los Angeles, I can’t help to think:

Who will be the Rosten Woo for my community? Who might come in having been told to do an asset map and will do so without actually engaging with my community? Or, who will embrace the East Los-ness of my neighborhood and celebrate that?

Looking into my community, listening to others, and reflecting back on the case studies, I feel like I know a secret: change is inevitable. But, if artists and residents can work together with shared values, it can lead to changes that the community wants, keeping the neighborhood alive and thriving. Through my own experiences, working on Greetings from East L.A., and the learning from this month, I’ve seen that by adding a little creativity we can ignite people’s curiosity, allowing them to be fully engaged throughout the process.