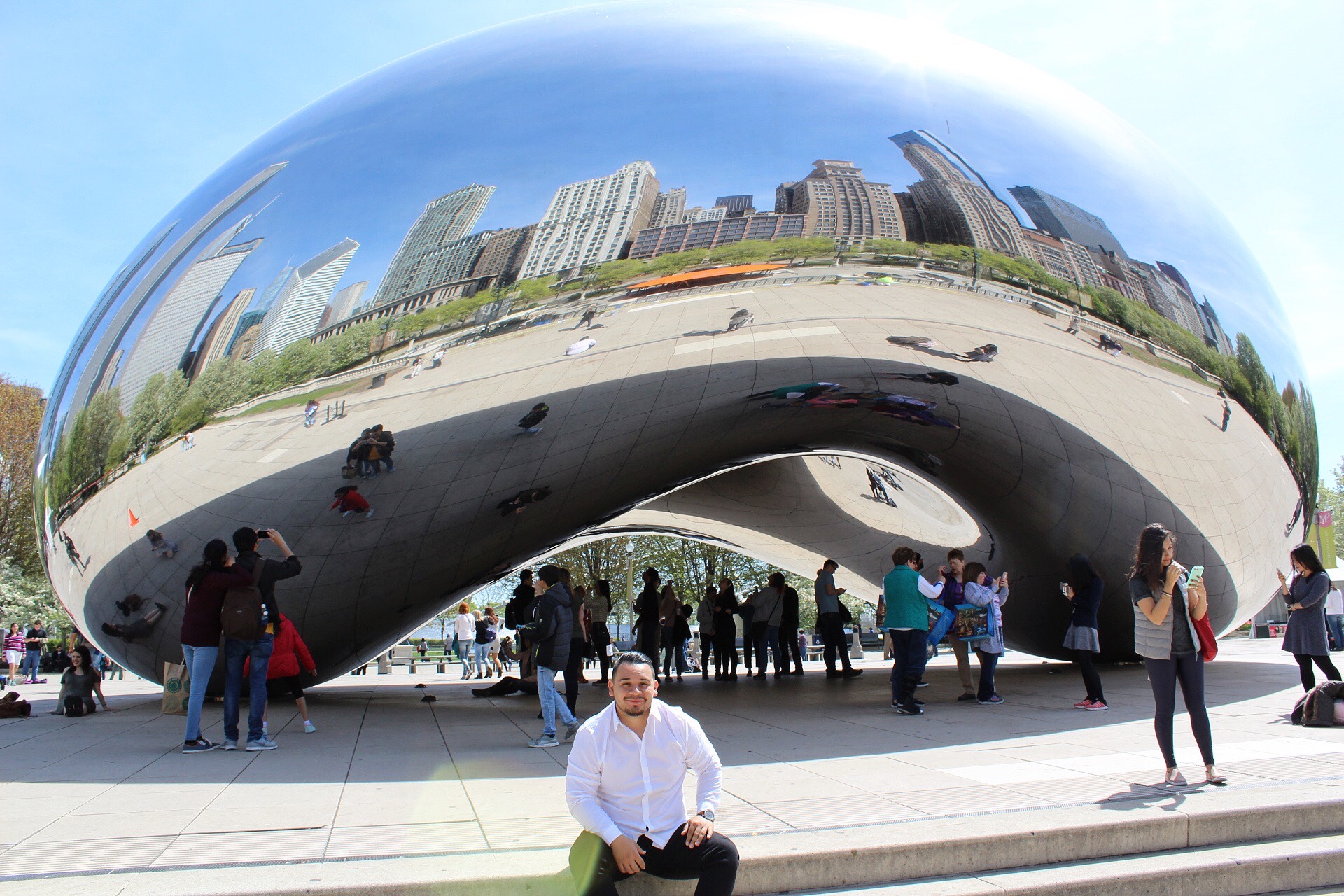 It was my first time ever being in the Midwest and I was amazed at the type of city that Chicago is. This vast, diverse, and progressive metropolitan city has a completely different feel to my home city of Los Angeles. Chicago has picturesque architectural marvels: from the John Hancock Building to the 19th and early 20th century brick homes that cover the city like honeysuckle in spring.

Open Engagement 2017 was no less astonishing. I was fascinated by the different types of creative individuals who attended this national conference. I am always open to new experiences but when it came to a large national art conference, I had no idea about what I was in for.

Being that it was an art conference, I thought there would be visual artists showcasing paintings, sculptures or choreography performances that related to the overarching theme of “justice.” In my preparation for Open Engagement, I focused mainly on our panel presentation. The Urban Futures Lab Fellows were selected to showcase, share, and begin a dialogue relating to the work that we are doing out in the world. I had a hard time acquainting myself with this role because I do not consider myself to be an artist. I had a hard time imagining exactly what my role would be. I was confused. “Why would all these artists come out and see us speak? We’re a couple of young adults from Los Angeles who just have a really dope PowerPoint and a bunch of professional development talking points that highlight some of the community work that we do. Why would this be of value to this conference?”

When I attended my first workshop, I realized that the panelists who were at Open Engagement were not talking about work that highlights aspects of social justice, but rather social justice work that is being approached from creative perspectives. The people who were in attendance were truly interested and invested in creating some type of social change back home, wherever that may be. I discovered that the people who were in attendance were there to learn, were there to explore ideas, and were there to have heart-to-heart conversations alongside a supporting network of creative thinkers who approach that work in a similar way. I became aware that Open Engagement is a conference that people attend in order to have a safe space to talk pragmatically about the difficulties that come with social practice.

After grasping all of this information on the first day, I became aware that the impact that we could have as Urban Futures Lab Fellows was immense. There we were, a diverse group of young leaders and thought provokers, who had an opportunity to talk to people who were genuinely interested in the perspective that we bring to the table. I was nervous at first, but then I became excited by the opportunity at hand. I began to remember the numerous times that we had rehearsed back at our office and remembered one key phrase that was always brought up: “What do you want the audience in attendance at your presentation to leave with?

As a collective, we wanted to bring attention to four main topics, each one eloquently elaborated by a Fellow. It began with “Peer Mentoring.” Shirley Ramirez used her experiences from working on Greetings from East L.A., which is an art, design, urban planning, and community journalism project at the East Los Angeles Renaissance Academy. Here, Shirley shared her personal connection to working with first generation Mexican-American or immigrant students and the language barrier that they sometimes face when taking an academic course.

Christopher Barahona then followed the conversation by introducing the idea of “Deep Hanging Out.” This idea came from his experiences of working in his own community of Historic Filipinotown on Hidden Hi Fi. Hidden Hi Fi is a joint project between Public Matters and the Pilipino Workers Center, and its overarching goal is to illuminate neighborhood assets through interactive events, Jeepney tours, and experiences that inform and delight. Chris talked about the “G word” – gentrification. He expressed his feelings on the redevelopment work that is currently taking place in his neighborhood and how developers could use “Deep Hanging Out” as a method to get to know the community that they are going to be investing in, as well as the community needs that need to take into consideration.

Omar Vargas then took the baton and began running with the concept of “Misemployment,” and how this connected to his personal post-college journey. He described the way in which college graduates have difficulties finding employment in the fields that they’ve been studying. He also touched on the subject of being self-taught, and how he has begun to grow his skills – coding, for example – to keep up with the competitive pool of applicants.

I brought forth the concept of “Meaningful Work.” By meaningful work I mean work that creates a positive change in the world. A type of work that keeps you dreaming at night, that is the reason that you get up in the morning. Throughout this process of preparing to deliver a presentation, I realized the type of meaningful work that I personally want to dedicate myself to. I want to create opportunities for young adults who may not have the chance to go on to higher education. I want to create opportunities for them to develop their own skills and be competitive hires in a growing dynamic workforce.

Open Engagement was a truly eye-opening experience. It allowed us to step out of our typical work roles and into a role where we could observe within ourselves what we are really doing with our fellowship. It put into perspective how much work we do and how much learning takes place at the same time. Being able to undertake project-based work at the same time as gaining professional development skills is a blessing. We get to instantly put to use what we learn from our Urban Futures Lab modules. At Open Engagement we were completely honest and at our most vulnerable by talking openly and purposefully about the driving factors behind our individual work.

Beyond reflecting, it was great to have a presence at Open Engagement. The different perspectives that we bring to our field, and the perspectives that we had on the other lectures are ones that are typically missing from the room. Being young adults from low-income communities of color gives us a one-of-a-kind expertise when it comes to interacting with people who are working in communities like ours.

I learned, after Open Engagement had finished, that I was completely wrong in my preconceptions. I had not seen the vital role that the arts and creative thinkers have in socially impactful work. I had failed to see what this conference was truly about and what the arts really bring to the table. In my experience, I do find that the arts can be a catalyst for social change, but I tend not to think much about the specific approaches that visual artists take when undertaking a body of the work that might challenge socioeconomic or geopolitical issues.

In one of our earlier Urban Futures Lab modules, “The Role of Art in Communities,” I was confused to some extent. I saw the work that Mel Chin, Theaster Gates, and Rick Lowe are currently engaged in and thought they were putting the ideas of others to use for personal gain. After the conference, I learned that artists wear a multitude of hats while working on projects that interest them. While some do elect to do work based on pay, the majority of the people that I learned about actually work to tackle issues that they genuinely care about.

After all of the Open Engagement conversations that we started in Chicago, I truly admire the artistic community, not least because the arts are often looked down upon or viewed as just a hobby. In reality, the arts are fundamental in changing the world. Just like a sculptor shapes their body of work, a multidisciplinary visual artist that is involved in social practice is shaping the way that people view underrepresented communities. I learned that a good portion of our fellow peers and activists are using art as a platform to create social change.

Personally, when I got back to L.A. I was ready to work. I had a fresh new drive and replenished oil in my leadership motor. My return coincided with my 23rd birthday. Being that I had just gone through this experience, I decided to make my 23rd birthday count and spent most of the day reaching out to folks who I have wanted to talk to or learn from. After this experience, I became hungry. Hungry to learn.