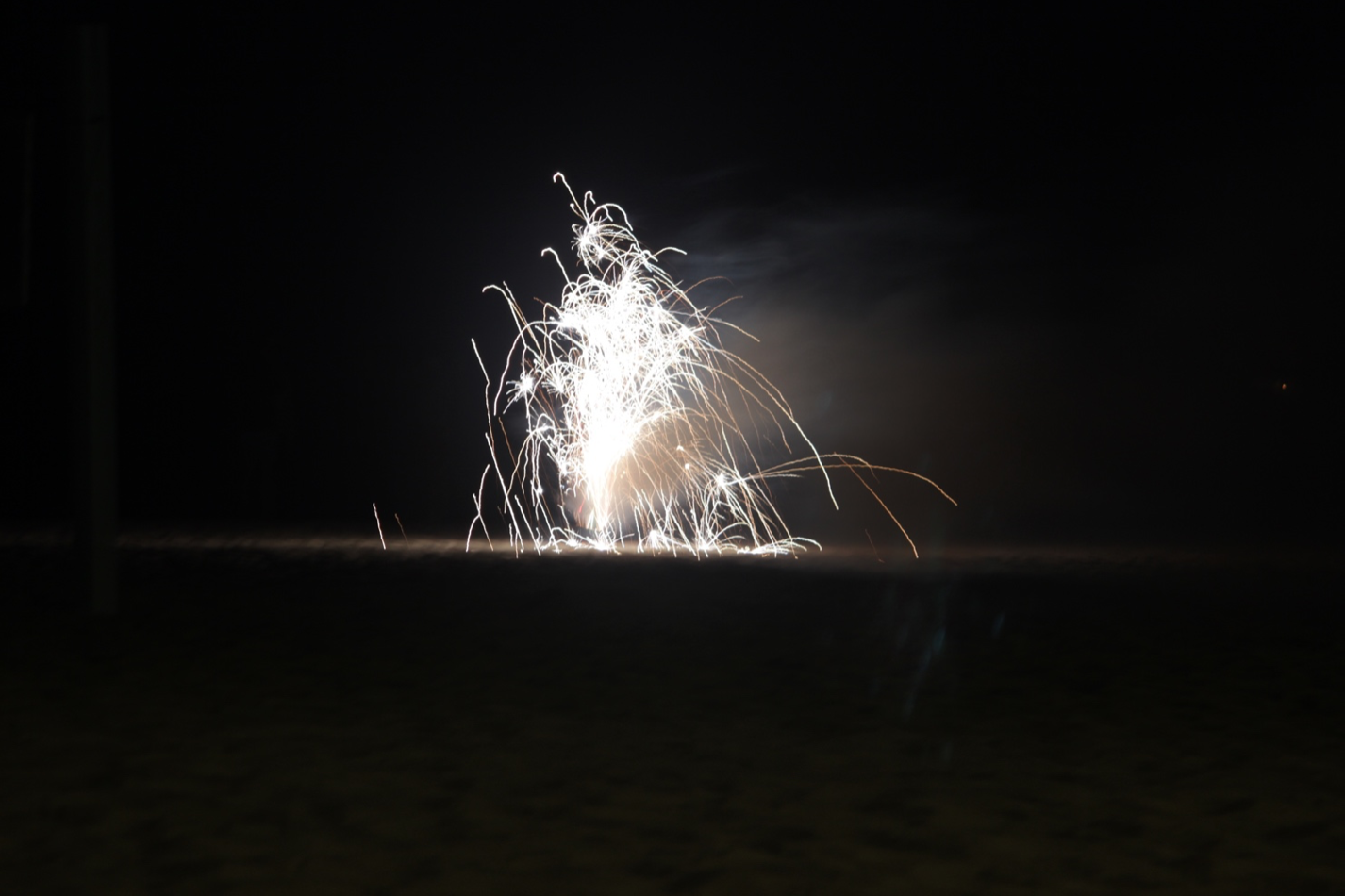 At least one week leading up to the Fourth of July and even some days afterwards, the city resonates with the loud “BOOM” of illegal fireworks. Annually I become part of a sacred pact, an unspoken agreement amongst neighbors to stomach intrusive sounds and react calmly to loud noises. This year in the ritual of Independence Day I found myself struck both by the quiet, almost overlooked moments of mutuality with community and the great spectacle of fireworks.

Traditionally this holiday commemorates the establishment of the United States and its declaration of independence from colonial rule. There is always red, white, and blue, a BBQ, and of course, fireworks. As I have gotten older my memories are complicated by my lived experience and an ever-expanding awareness of the US’s history of slavery and forced displacement of Indigenous Peoples. The United States in its radical reclamation of freedom  for itself, devastated the possibility of freedom for those deemed “other.”  And so the 4th of July for me is shrouded in contention, ambiguously happy and painful.

After completing the second module of the Urban Futures Lab Fellowship centered around socially engaged art and creative civic engagement projects, the 4th of July took on additional meaning. In a way, this holiday (and any country’s celebration of their founding) is the largest socially engaged art practice I can fathom. Whether you set off a sparkler yourself or just take the day off from work, individual festive acts become greater than the sum of their parts. In fact, disparate celebrations swell together to construct and reconstruct US mythology.

Myths can powerfully give birth to identity, reinforce character,  illuminate connectivity to community, and optimistically project the future forward. On one hand, parts of the American mythology can led to nationalism and ethno-centricism. On the other hand, the fabricated quality of mythology points to its potential to be made anew. As a site of cultural production,  the 4th of July underscores the power of narrative building, and gestures towards ways to produce culture that builds a collective consciousness and a deeply ingrained national identity. 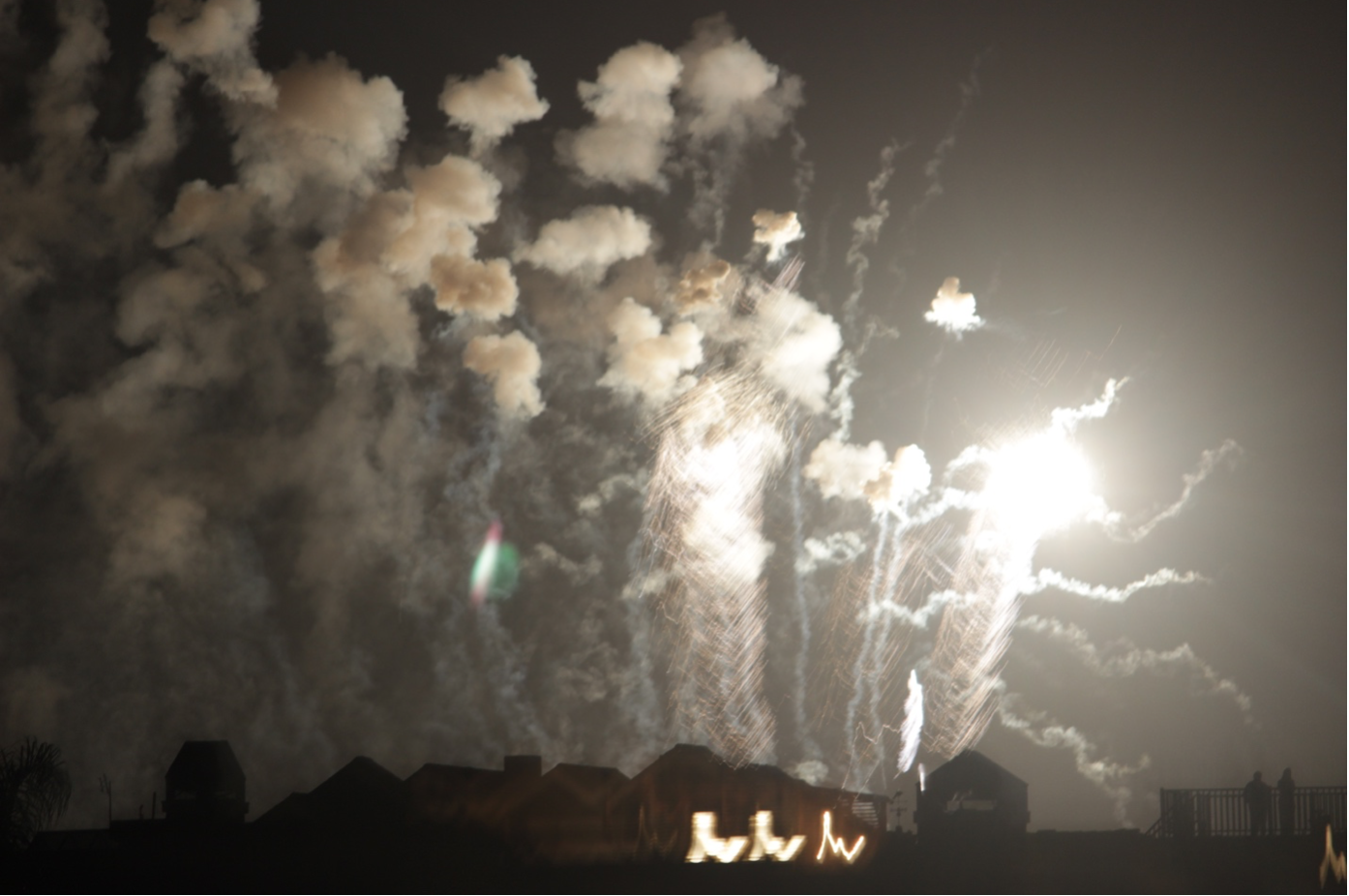 Community Futurisms: Time and Memory in North Philly uplifts Afrofuturistic ways to conceptualize time and space in order to “…transform negative cycles into positive ones…” Community Futurisms relies on neighborhood participation, amplifying the stories residents already share with each other and creates a formalized structure for stories to be gathered and archived.

Rosten Woo’s Willowbrook is…/es… is another inspiring example. Through a compiled set of photographed homes, gardens, and interviews with residents Woo reveals the history of intentional placemaking long at work in the Willowbrook community. The strength of this approach acknowledges the power of a community to self-actualize. In recognition of community, Woo’s work builds on top of Willowbrook’s creativity and resiliency. Woo also employs “deep-hanging out.” Deep hanging out is a philosophical underpinning as much as it is a methodological practice that requires intimate and repeated participation in community rather than distant observation of it. Ultimately Willowbrook is…/es further liberates neighborhood expression from its constraints. Residents acquire the opportunity to externally see themselves and be seen. This increased visibility preserves and reiterates the intrinsic self-expressive character of the  Willowbrook community.

The most unexpected art practice I studied was the Karrabing Film Collective located in the Northern Territory of Australia. Karrabing consists of about 30 intergenerational members who collaborate to make 30 min films. All works are based on experiences of friends and families showcasing a world ethos at the intersection of many structures including: environmental racism, land encroachment, family life, and Indigenous spirituality. Their films reflect unique hybrid identities and operate within a specific Karrabing mythology. For example, Karrabing overlays images of its member-actors with secondary images of landscapes or historical archives. These aesthetic choices demonstrate a fundamental tenet of what it means to be Karrabing, that the land and its people are all one. Their socially engaged film work act as sites of connection, showing audiences the world as Karrabing sees meaningful and significant.

Whether celebrating the 4th of July, attending a story workshop in North Philly, or watching a Karrabing Film Collective short all of these socially engaged art and creative civic engagement projects activate authorship and collective consciousness. They highlight everyday sites of cultural production and use mythology in symbolic ways. Cultural productions are powerful tools of visibility and transformation, especially for communities of color that have been structurally excluded or boxed in. In prioritizing the cultural productions of communities of color, we create systems of memory, externalized entryways back to our communities and portals into our homes. Mythologies generate ways for communities of color to speak for themselves, to say where they come from, what is important to them, and positively project what is to come.